Most Tiffin RV models feature a convection microwave oven, but many Tiffin owners aren’t aware of their microwave’s convection setting. This setting allows you to bake, brown, and crisp desserts, meats, and everything in between. It’s a high-end addition and wonderful asset for Tiffin kitchens, but it’s also a purposeful choice because of its versatility.

Still, many Americans — including our Tiffin owners and those looking to purchase a Tiffin — aren’t sure what “convection” truly means. This makes sense because most Americans use conventional ovens. We know this for a variety of reasons including the convection oven’s market share and buyer numbers, but also because most recipes are written for conventional ovens instead. In fact, it’s recommended that temperatures used in standard recipes be reduced by 25 degrees for convection ovens.

Motives are vast but typically people choose convection ovens over conventional ovens for these three reasons:

According to the U.S. Department of Energy, on average, you’ll use 20% less energy per month when using a convection oven rather than a conventional oven. This efficiency makes sense for anyone, but it’s especially helpful for motorhome owners who depend on smart use of energy sources.

Next is the convection oven’s speed. According to CNET, a tech publication that reviews everything from laptops to kitchen appliances, convection ovens cook 25% faster. Why? For one, “conventional ovens typically are 24 to 30 degrees cooler than a convection oven set to the same temperature,” says Alina Bradford in CNET’s blog post.

So the hotter environment paired with even heat distribution speeds things up. In turn, these factors also result in evenly baked or roasted foods from browned, caramelized meats and veggies to sweet treats like pies and cookies.

How a Convection Oven Works

It’s a fan. That’s literally it. The difference between a conventional oven and a convection oven is a fan.

It’s like the fan was inspired by this Desmond Tutu quote: “Do your little bit of good where you are.” And that’s what the fan does here. It just circulates what’s there, which happens to be a bunch of hot air. So the heat doesn’t rise to the top like in a conventional oven.

What does this mean? Equal distribution, for one. And speaking in terms of outcomes, here’s an example: It means you’ll get a pie that’s done in the middle at the same time the outside is done. For many, that’s not always how it goes. Too often the end result looks like this: burnt black, crumbling pie edges while the middle of the pie crust is doughy and the inside soppy. Soppy? You know, like each ingredient still seems independent of the other. They haven’t had the proper heat or time to bake and become “pie.”

But the wonders of convection aren’t limited to baking pies. Convection and equal heat distribution can also mean a beautifully and evenly baked pork tenderloin. Let’s say it’s a tenderloin that’s seasoned with rosemary and equal parts chili powder and brown sugar, caramelized and crisp on the outside, moist and tender on the inside. With a convection oven, the tenderloin is done in the middle before the ends become overcooked.

What Happens When You Pair a Microwave With a Convection Oven?

It’s almost as if this hybrid — a microwave equipped with the settings and circulating heat of a convection oven — was created with the motorhome kitchen in mind. Even though it’s not.

Many Tiffin motorhomes feature the Whirlpool Convection Microwave Oven. It’s 1.9 cubic feet and uses Scan-to-Cook technology, which allows users to scan the barcodes of pre-packaged, frozen foods and send encoded cooking instructions to your microwave oven. You can also start meal prep and step away thanks to the oven’s smartphone connectivity. There’s a long list of other unique features, controls, and shortcuts you can discover by checking out the product’s Use and Care Guide. Whirlpool also provides a nifty, downloadable Quick Reference Manual, which offers cooking tips and instructions to get you started.

Combine these features with the beneficial traits of convection ovens — faster cooking, energy efficiency, and even cooking — and it’s technology that’s tailor made for a Tiffin kitchen.

All the ingenuity of a convection oven isn’t worth much if you can’t answer every family’s most overused question: What’s for supper? In the end, it’s about the eats. That’s OK. We’ve got a fix for this. It’s our Cooking With Convection series. You can find it on YouTube. The series features personal chef and caterer Lynn Becker. Each episode offers delicious, everyday recipes and step-by-step instructions for how to use the convection microwave ovens found in your Tiffin and Vanleigh RVs.

We’ve highlighted two recipes below, both are featured in the Cooking With Convection series. There’s an entreé and dessert, so you’ll have a complete meal and an answer on hand the next time someone asks, “what’s for supper?”

You can make quick work of an evening meal thanks to this single dish that includes everything from beans and corn to zesty baked chicken. Once done, Becker garnishes the dish with green onion, fresh chopped cilantro, and a squeeze of lime juice.

1. Lightly coat an 8- x 8-inch Pyrex pan with cooking spray.
2. In a bowl, mix the black beans, garbanzo beans, corn, and salsa and pour into the bottom of the Pyrex pan.
3. Trim the chicken breasts and season them with the salt, pepper, and taco seasoning.
4. Lay the chicken breasts on top of the vegetable mixture, cover the dish with foil, and bake at 400°F for 35-40 minutes.
5. Remove the pan from the oven and take off the foil.
6. Generously cover the breasts with the cheese and sprinkle the green onions on the top.
7. Place the dish back into the oven for another 5-10 minutes or until the cheese melts well.
8. Sprinkle with the chopped cilantro and serve.

This recipe serves up to four people.

Pies and cookies are known to bake really well and evenly in a convection oven. And this oatmeal chocolate chip cookie recipe only calls for a few staple ingredients you may already have in your motorhome pantry or refrigerator.

1. Preheat the convection oven to 375°F.
2. Beat the softened butter and sugars together until creamy. Add in the eggs and vanilla.
3. In a separate bowl, mix together the flour, baking soda, salt, and oatmeal.
4. Gradually mix the dry mix into the wet mix. Add the chocolate chips and nuts, and mix well.
5. Evenly space ice-cream scoopfuls of the dough onto an un-greased sheet pan, taking care not to overcrowd the scoops.
6. Bake for 15 minutes, rotating the cookies halfway through the bake time for even browning.

This recipe serves up to four people.

What’s next? There are more recipes and cooking episodes where these came from. Find every episode on YouTube’s dedicated Cooking With Convection series page.

Or, instead, find what peaks your interest from the complete list of episodes here: 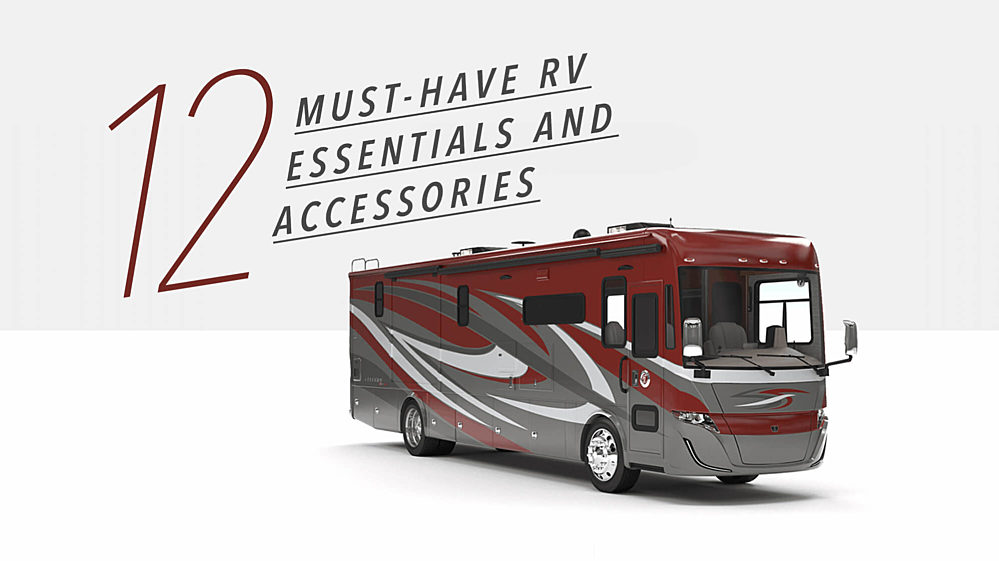 From an inflatable kayak to headlamps and jack pads, we’ve curated 12 RV essentials based on must-have items from our Tiffin community. 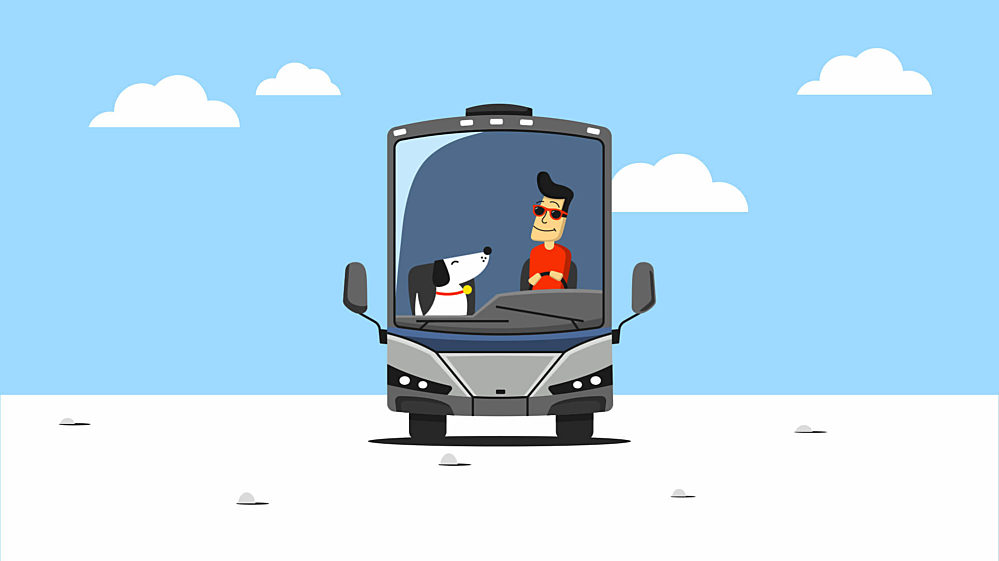 Tips For Traveling In An RV With Your Pets

Use these handy tips on how to travel in an RV with your pets to make the most of your next adventure.