Interview of Bob Tiffin, founder of Tiffin Motorhomes, explaining the history of the Tiffin Allegro Club.

In the last two months of 1972, we began building motorhomes. It wasn’t very long before our buyers began to ask about an owners club. Unfortunately, we were so busy building coaches that we kept pushing the owners’ interest in a club to the back burner.

The Idea for an Owners Club
In 1978 Elaine and Kello McAnally came to my office to tell me they wanted to start an RV travel club for Allegro owners. I supported the idea, but I wanted it to be their club. As we sold motorhomes, Elaine would take the addresses from the warranty cards and contact the new owners. They incorporated the club and had their first rally March 23-25, 1979, at a campground in Marianna, Florida.

Kello served as President and Elaine as Secretary-Treasurer. It was such a great success that Elaine and Kello began planning right away for the next rally and set it for Marianna again. That event went well too, and they felt like they had started a tradition. Both times we sent our factory technicians to the rally and set a precedent for making three repairs on each coach — not major repairs but things that could be done outside our service bays in Red Bay.

The Allegro Club Continues to Grow
The third year — we were doing one big event a year — the club decided to do a rally in Nashville. Of course, that’s the entertainment capital of the South, and we drew a really big number of owners who drove their brown and whites — those were the colors of our coaches back then — to Music City.

We really supported the club in 1982 and 1983 with two factory rallies. Elaine and Kello did a great job of attracting over 400 coaches. We mowed Mr. J.M. Page’s pastures and fields behind his house and put up a huge three-pole circus tent for meals and entertainment. We also used the city’s water park.

An Official Office in Red Bay, Alabama
After that success, we established offices for Elaine and Kello here in our main facility in Red Bay, Alabama. Elaine made copies of all the warranty cards from new sales and contacted the owners to offer membership in the club. We have always paid the first year’s club dues for a new Tiffin owner, and our owners always seemed to appreciate that we would make three repairs to their coaches when they attended a rally.

Local Tiffin Allegro Club Chapters Emerge
As local chapters of the club began to form, Elaine started a newspaper to report their activities. Each club elected officers who planned their own weekend rallies and, sometimes, long trips in the summer months. The camaraderie that began to develop at the local club level and even more so at the annual rallies, plus the owners’ loyalty to the Tiffin brand, was just amazing. It wasn’t long at all before we began to see repeat business.

Within a short time, Kello and Elaine were doing four major rallies each year. Then they did caravans limited to 25 coaches to places like Nova Scotia, Mexico, and Quebec. I was amazed when they put together a caravan to Alaska. They started at Vancouver, loaded the motorhomes on a ship, and cruised into Alaska. After three weeks in Alaska, they returned home to Haines and sailed back to Vancouver.

Building the Tiffin Community
The bonding Kello and Elaine formed between the chapters and the company was mutually beneficial. The clubs built so much goodwill. Owners made a lot of friendships by joining their local chapter. We did not have the internet then to get feedback from our owners. The club members gave us the information we needed to improve our product and provide them with the floor plans and features they wanted. The club has been a big asset to the company. Without a doubt, it helped Tiffin Motorhomes grow as fast as it did.

Kello and Elaine retired in 2004. They eventually moved to Oxford, Mississippi, to be closer to their children. Sadly, Kello passed away in August 2013.

New Leadership
I offered the job of leading the club to Jimmy and Gail Johnson. Jimmy had retired after 32 years in public education, serving as principal at Bradshaw High School in Florence, Alabama, and was delivering coaches for Tiffin Motorhome. Since Gail had a daycare business in Florence and their daughter was still in high school, they had to make some adjustments to accept the job. Jimmy did most of the on-site work in Red Bay, and Gail was involved on an as-needed basis.

The Johnsons laid plans to focus on membership growth and chapter building, established better communication with the Sideroads publication, and continued with well-planned rallies. At the time Jimmy and Gail started, we had an active membership of 800.

The Allegro Club opened a new office in the building adjacent to our service center, and the growth required additional staff. Verbon Jones was hired as the office manager, and soon Cynthia Skinner came on board as an office assistant and membership coordinator.

Gail attended rallies with Jimmy and taught classes on convection cooking along with publishing practical recipes for preparing meals in a motorhome. With my wife Judy’s encouragement, Gail began a tradition of hosting a tea party where the ladies of the club were invited to bring a favorite teacup and share a special story. Dressing in tea party finery became a part of the tradition.

Big Additions to the Rally Events
The Johnsons added other rally events, including the veterans salute to honor our military veterans, an arts and crafts display, and yard sales and swaps.

Initially, they focused on smaller, intricate rallies with ample opportunities for interaction among the attendees, ranging in size from 60-130 rigs. Field trips on buses were arranged to take in the area’s attractions, and local entertainment brought in the regional culture. Games and ice cream socials, plus themed events, such as costume parties, pumpkin carving contests, and pet parades, kept everyone involved.

Motorhome education became an essential feature of our rallies, with seminars provided by suppliers, such as Aqua Hot, Freightliner, Cummins, Onan, and our dealers. Tiffin’s technicians, with a trailer full of parts, were on hand to make minor repairs and offer technical advice at no charge.

With our encouragement, they planned a 250-rig “Super-Rally” at the Sarasota Fairgrounds in 2012. To include owners of other brands, the event was designated a “Buddy-Rally” for our members to invite their friends.

After deciding their goals for the Allegro Club had been accomplished, the Johnsons hosted their final two rallies in Sacramento, California, and Urbanna, Virginia, in 2013. After their 10 years at the helm, the Allegro Club’s active membership had grown to approximately 8,000 with 75 chapters.

The Tiffin Allegro Club Today
Kelly Moore had worked for Tiffin Motorhomes from 1983 to 2000, completing a successful career as our national sales manager. He then took a position at CB&S Bank. During his tenure there, he was promoted to Regional President. In August 2013, Kelly and his wife Sally accepted my request to take the leadership of the Allegro Club.

As co-presidents, Kelly and Sally bring a lot of energy to the Tiffin Allegro Club. It is not unusual for international rallies to have 300 coaches. The rallies have become so popular in recent years that they sell out within a week — and sometimes much sooner — after they are announced. To be fair to our owners who want to attend a rally, the Moores retained a professional registration management company.

Each rally has several seminars to help owners learn how to use and maintain their coaches and get the most enjoyment from them. They continue to enjoy participating in a lot of fun activities, such as swap meets, craft and hobby shows, and games.

Judy and I try to attend at least two, and sometimes three, rallies each year. It’s a great opportunity for us to meet many interesting owners, hear their RVing stories, and learn about their careers. We always leave each rally with new friendships, and I am sure all of the attendees do the same.

There is always live entertainment every night after a delicious catered meal. The Tiffin Allegro Club continues to do our traditional ice cream social, a ladies' tea, and a veteran salute. Probably half of our attendees are veterans, and we are honored to recognize their service.

A Place to Preview New Models
Since most of our owners would have to travel quite a few miles to a regional RV show or to one of our dealerships to see the lineup of Tiffin coaches, we try to bring 10-15 coaches to each major rally. It also gives owners an opportunity to learn about the Michelin Tire Plan, Passport American, Sky Med, and Enterprise Car Rentals.

To keep owners better informed, Sally and Kelly publish an electronic newsletter, Side Roads, with monthly updates of news from Tiffin Motorhomes, the Tiffin Allegro Club, and the Red Bay area in general. They also publish rally reports in our quarterly magazine, Roughing it Smoothly.

One of the nicest things about the Tiffin Allegro Club is the assistance it provides owners in any area of the U.S. and Canada to establish local chapters. In addition to helping each other learn more about their equipment, local chapters often become service clubs and do charity benefits for their communities.

The Tiffin Allegro Club in Red Bay
When chapter members are in Red Bay for service, the Tiffin Allegro Club offers an inviting lounge with free wifi and a comfortable patio for relaxation. The club office and store are located adjacent to the Tiffin Service Center and Campground. The store stocks high-quality Tiffin apparel, all-weather mats for your coach, and stainless steel and pottery mugs at reasonable prices. The club will help local chapters develop their personalized logo jackets and shirts.

For years, our dealers have realized the benefits of sponsoring a local chapter. Allegro Club chapters help dealers build solid relationships based on mutual trust and friendship. Chapter members often recommend their dealers to friends and RVers they meet in their travels, and dealers, in turn, give the chapters early notice on upcoming sales events.

I have seen local chapters of the Tiffin Allegro Club build brand loyalty for Tiffin Motorhomes. Our owners’ enthusiasm for the quality of our product, the extensive service we provide, and the integrity, friendliness, knowledge, and ability of our service technicians have brought us more new customers than any of the advertising we have ever done. 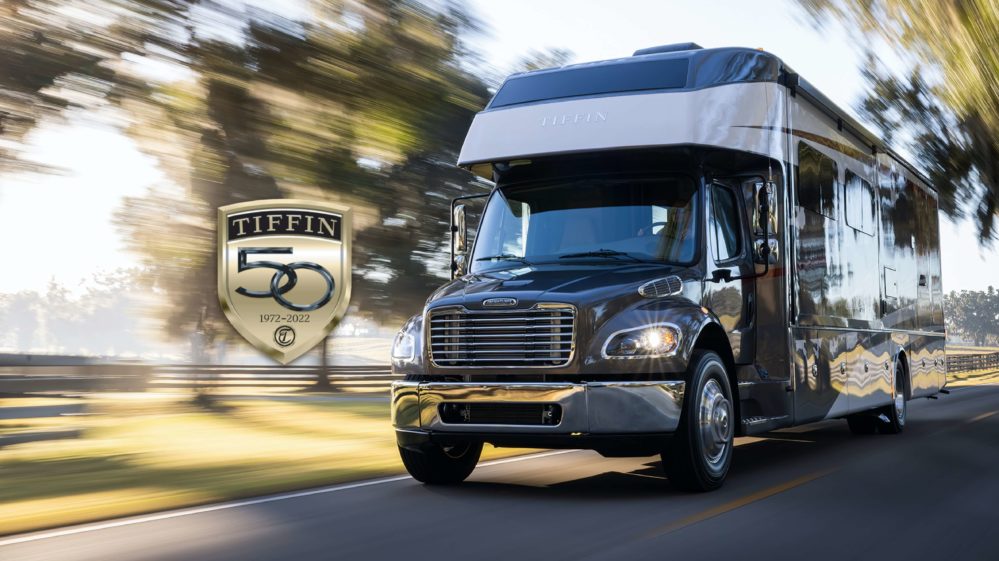 See What Tiffin Debuted at the 2022 Florida RV SuperShow

If you missed the 2022 Florida RV SuperShow in Tampa, don’t worry. We recap all the new Tiffin features we debuted there right here. 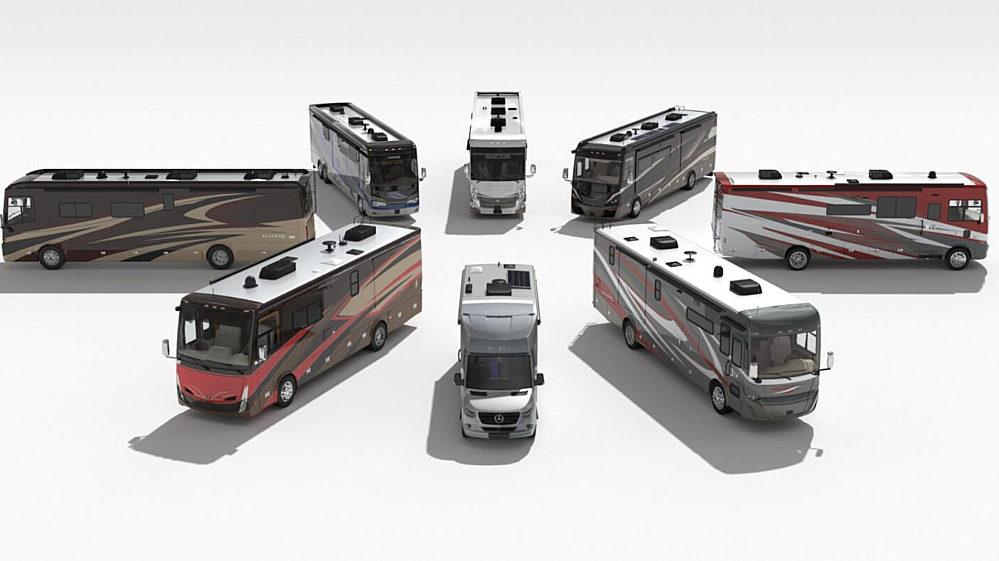 Get a sneak peek at what’s new for Tiffin’s 2022 RV models from a broad overview of the headliners to new innovations unique to each model. 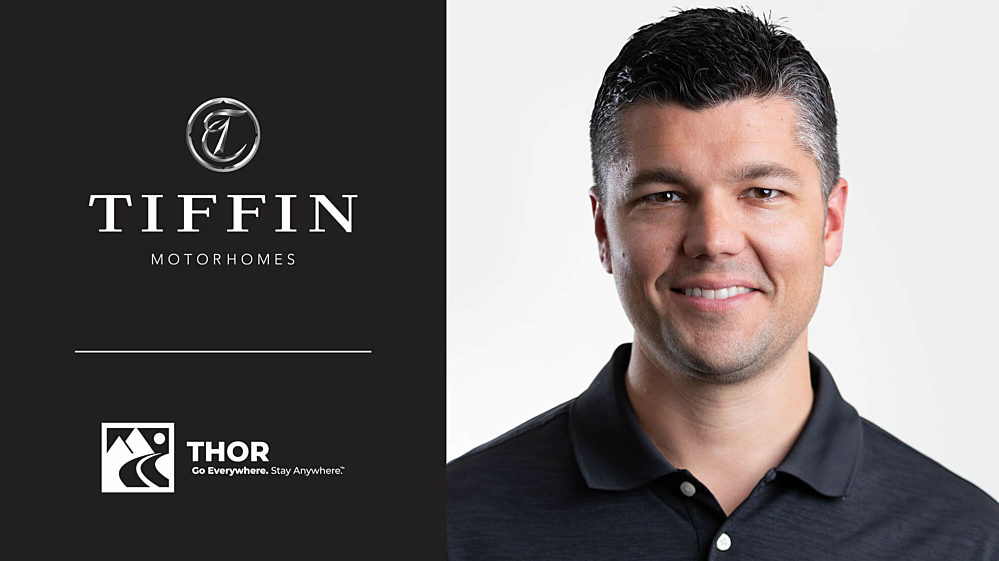 Tiffin Motorhomes continues to look to the future while remaining connected to our great past.